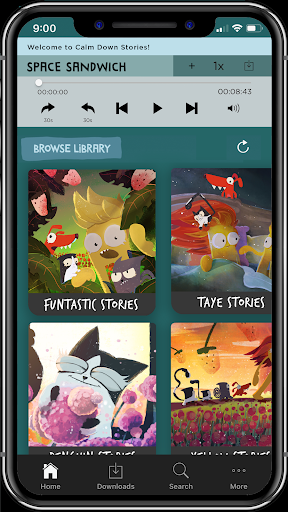 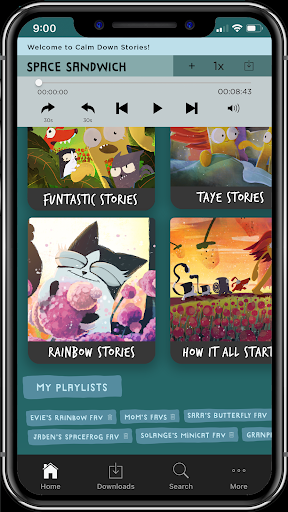 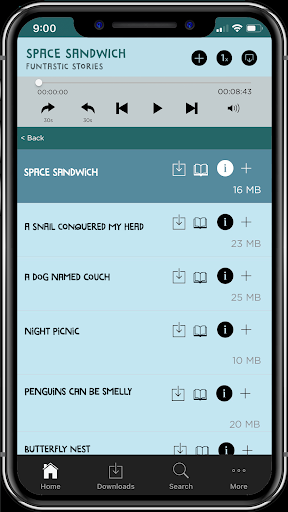 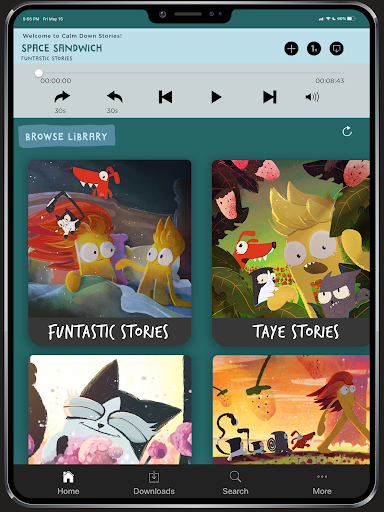 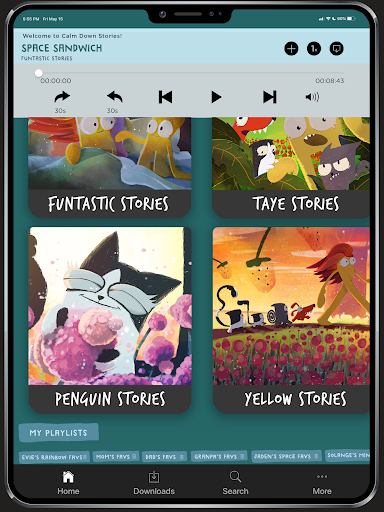 
My first two years of motherhood were fantastic. My son was easy going: all of his cries were happening because he was hungry, tired or needed to be changed. But when Taye, my son, turned three - I faced some dramatic changes.


He hit this stage when any “no” said to him would turn into a full blown temper tantrum. And sometimes he couldn’t stop crying. He would ask me “Mamma, help me to stop crying”.


So I began to search for a solution to help him stop crying. It had to exist, right? Am I the only parent who is dealing with this? I don’t think so! The lizard brain of a melting down child just cannot be reasoned with. Something else was needed!


A lot of perspectives and habits were changed while becoming a mom, but one thing remained the same: creative energy remained my driving force for doing everything: working, drawing or telling a story- all of that is empowered by the same creative force that I run on daily. For my entire life creativity was part of my daily routine.


Being a Sr. Art Director of at MTV, Nickelodeon and other world wide brands has shaped my thinking in a certain way. So one day while Taye was having another meltdown, my exhausted brain came up with this simple question:


“How do I grab his attention and make him “click on the email” I’m sending his way?”


All of the sudden, I came up with a headline -just like when I was working at Vh1 or Nickelodeon: “Have I ever told you the story about the black snake with the big head?”


That headline captivated him entirely and he got quiet. And he said: “No”.


I felt empowered…and he stopped crying!!


Within minutes my 3 year old went from total meltdown to laughing and curious. And then he started participating in the story I was inventing on-the-fly right there on the spot. The whole drama was gone within a couple of minutes! I was amazed!


After about a week instead of going into a crying meltdown my son started to ask me to tell him a story to help him feel better. After a few months the meltdowns pretty much went away and the stories became part of our quality time either early in the morning or at bedtime.


I had become a master of "curiosity driven redirection" (something I also invented).


I started recording the stories so one day I could share them with other parents. Because I figured if these stories worked for me… perhaps they will work for you too. Install the app and listen and let me know how they work for you!


Alejandra Leibovich (aleloop) - author of the stories, creator of this app & mom.


“This app is really helpful. Curiosity beats drama 99% of the time, and in a minute my son is already listening rather than crying”.
GD, dad of Solange, 5


“My younger nephew normally sleeps in the room with his brother. I was really worried about how he was going to handle sleeping alone during this trip. When I downloaded Calm Down Stories app and introduced them to him he got absolutely captivated, and then fell asleep with a smile and slept thru the entire night in his own room! Now he is asking me to play them every night. And as an aunt I have to mention that the stories are really good. They’re even fun for adults to listen to. Very happy with the app!”. - Zaira, aunt of Julian,8


Calm Down Stories are a fun, convenient and free way to help your children snap out of it.


Please don’t hesitate to reach out with any questions to:
[email protected]
Read More

Spotify: Listen to new music, podcasts, and songs
With Spotify, you can play millions of songs and podcasts for free. Listen to
Spotify Ltd.

Smule - The Social Singing App
Love music? With Smule, you can sing and make music with friends and fans around
Smule