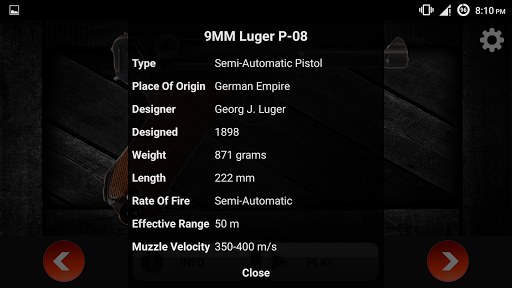 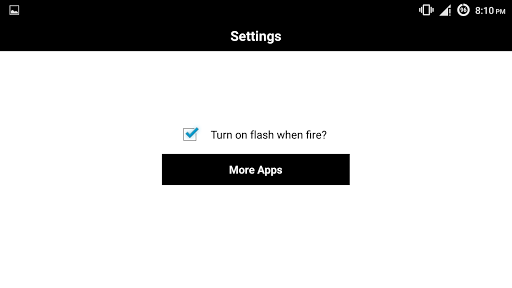 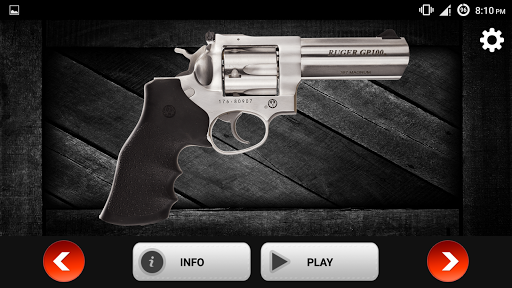 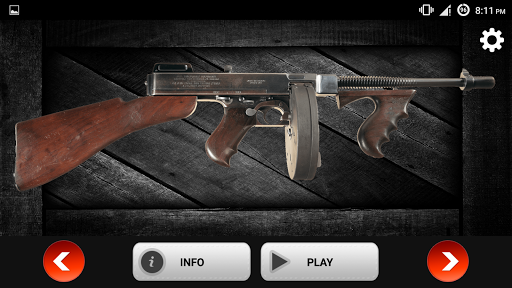 Gun Sounds with Animations and blinking of flash on firing.
Guns is a realistic simulator with shooting range experience, which has most popular guns/weapons and their information, including Handguns, Shotguns, Assault Rifles, Sniper Rifles, Machine Guns, launcher.
Select your favourite gun weapon of choice and start shooting by clicking on the screen! This guns simulator is the most realistic simulation shots of weapons. This weapons simulator is a large collection shots sounds from different types of weapons. This application contains almost one hundred different types of weapons, such as machine guns, machine guns, grenades, pistols, revolvers, as well as sniper rifles and shotguns. This collection of sounds of shots guns will suit everyone who is interested of differences weapons types. Each weapon has a brief description and an unlimited amount of ammo. So if you want to play war with your friends or just want to scare someone, then this collection of gun sounds for you!

More From Developer: Everything Brilliant starts with an Idea

Weapon Builder : Pistol
Pistol Builder is a free and fun game that allows the user to build a custom
Everything Brilliant starts with an Idea

SMS and Call Blocker
Enables you to hide SMS from your loved ones and block unwanted calls. Call
Everything Brilliant starts with an Idea

Tom's Love Letters
Show your special someone how you feel. Download now and start your love
Outfit7 Limited

FaceQ
FaceQ(MYOTee) is a very fun and powerful avatar maker. Even if you donnot
Lemon, Inc.