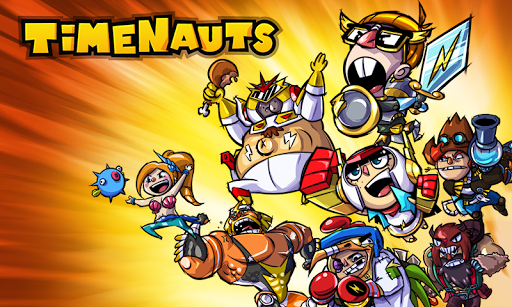 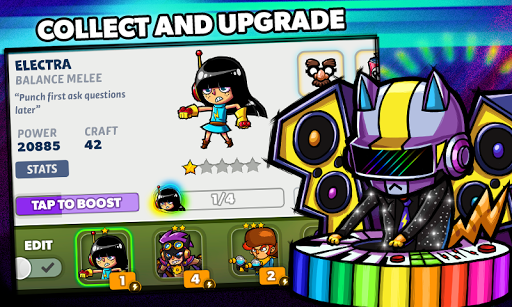 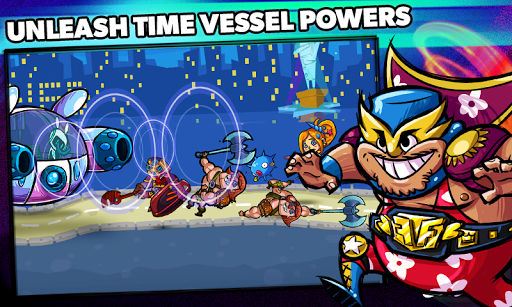 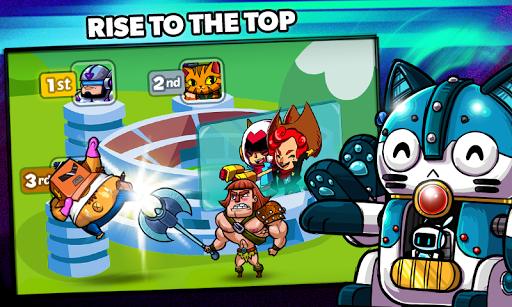 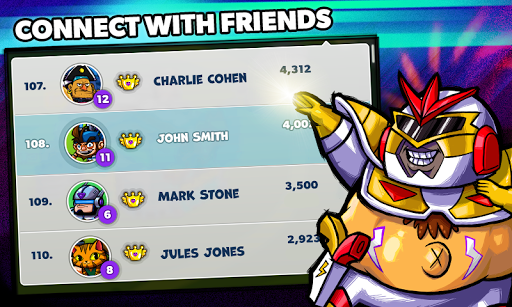 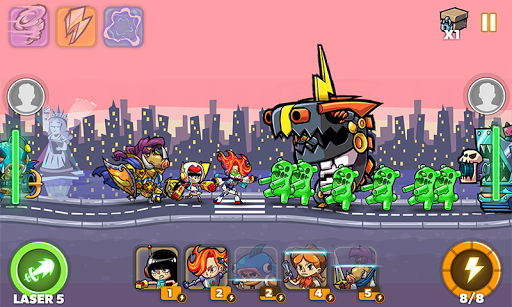 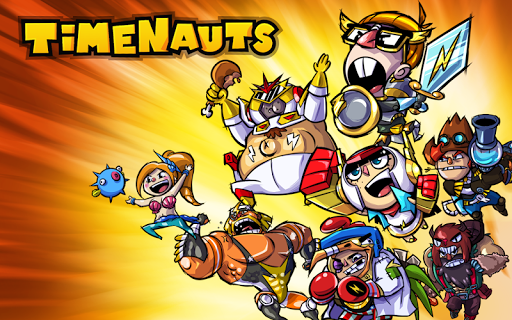 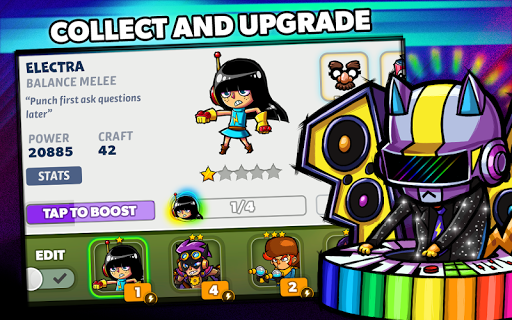 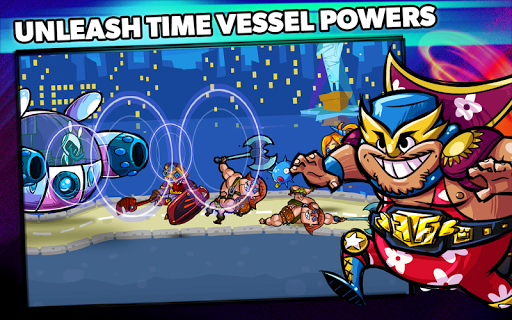 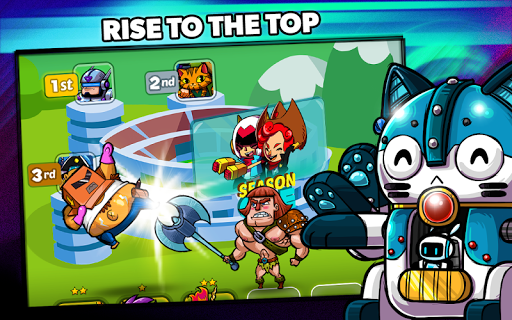 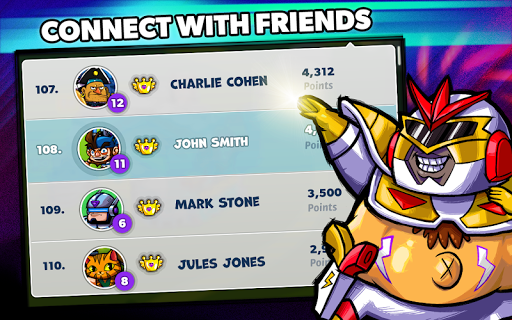 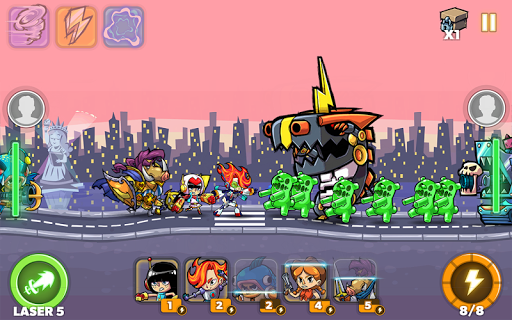 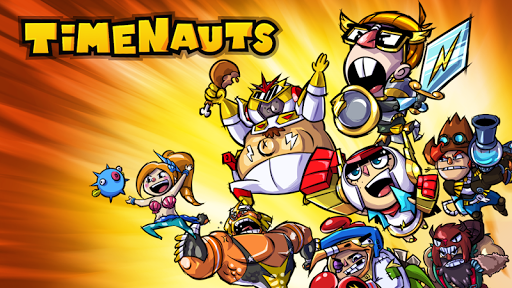 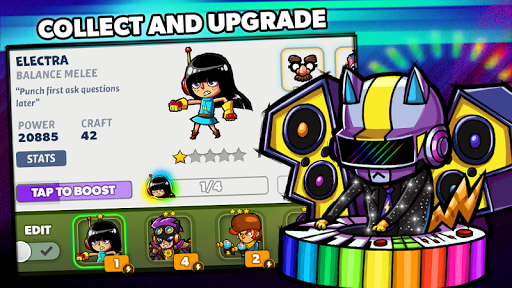 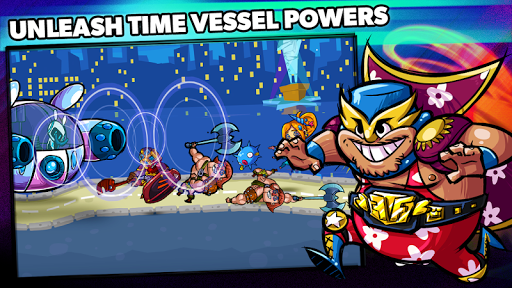 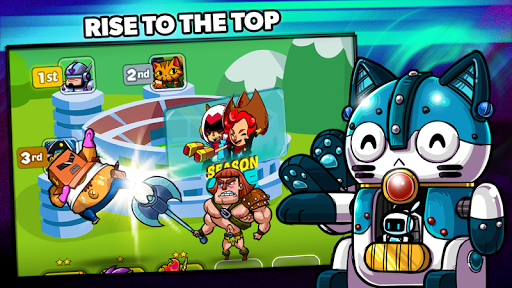 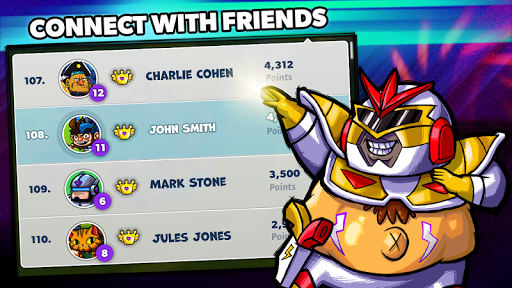 Timenauts transports you on a quest to save time as we know it. Beware as your adventure will be fraught with danger, discourse and dilemma - all while facing enemies from a myriad of eras!

In order to reign supreme, you must protect your Vessel and lead a team of Timenauts to destroy opponents in battle. Blend together the perfect combination of Vessel and Timenauts to create an unstoppable force - one right or wrong decision will lead to a definitive victory or certain defeat.

The fun doesn’t stop there! Step into the PvP arena with your squad of Timenauts and prepare to clash against friends and players around the globe.

So, what are you waiting for? Devise your battle plan, assemble your Timenauts, and enlist your most powerful vessel. The fate of the past, present, and future lies in your hands!

● Battle Through Time! - Embark on a quest to save time and battle in iconic eras such as the Wild West, Dark Ages, and even the distant future!

● Collect and Upgrade Timenauts - Unlock hilariously awesome characters and amass a formidable squad that can be upgraded to an unbeatable force.

● Unleash Time Vessel Powers - Choose and upgrade vessels wisely. Their special abilities have the power to turn the tide of battle in your favor at the press of a button!

● Rise to the Top - Take part in exciting PvP battles against friends and foes from around the globe.

● Connect with Friends - Best your friends by finishing atop the leaderboards to receive rare rewards.

Phil Tessier
In app purchases not worth it.
This game is pretty fun. I've been playing it for over two weeks and it's still enjoyable but is slowly getting harder to keep up with other players. I thought about buying some gems to give me a bit of a leg up but the cost is just too high. Even the most expensive one only gives about 800 gems which really isn't enough to make any substantial gains. You may be able to upgrade one hero or purchase a few new random ones but it's just not worth it. I won't spend any money here and will soon lose interest.

cesar rivera-angel
Cool game. Their responses on issues I've had are non existent. Keep sending messages with no replies. I got charged for the gems but didn't get them.

Bryant Herrington
Awesome and addictive while it lasts.
Great story with a little humor. Challenging and continually intriguing. It becomes difficult after a while to level up and upgrade characters because the parts necessary are on low levels. That being said, making the way you win items available in a struggled situation only means i have to have a crappy team and cannot lvl my best players. I could beat a level in seconds but would receive almost nothing as reward.

Kaylen Proulx
Best Android Game
This is an amazing, fun, and interesting concept for a game. To quote a famous person "no one has ever done that!" Great game, I'm 552 on the leader boards now and I hope to only grow better!

Amanda Rose
Great game for time wasting
It's your standard td/side scroll game but the characters in it are far cuter and they will have you giggling at them because of their antics. It's a good game for when you've only got 5 or 10 minutes to play, but also captivating enough to kill an hour or two with.

Jen Carroll
Fun game
I am enjoying the game. Its different and fun and not ridiculously difficult to rank up. Only complaint is there aren't any instructions or what each hero does so hard to know who to play against the foes in each level.

Natasha Krementz
Fun game
Was only able to play it once and now it just keeps saying network error. There's nothing wrong with my internet.

zack jensen
Galaxy s6
Really good game however I only got to play it once. It keeps saying network error check your connection and try again. Nothing is wrong with my connection. Please fix this issue. 5 stars other than the network error. Love the graphics and game play keep up the good work.

Skye Lewis
Galaxy S3
I got past the intro and now it loads out and cant play at all.

Josh Byer
Doesn't load
I hit the play button and I sit at a black screen with the loading emblem for over 10 min. I deletes the app and redownloaded but got the same result.

Anjello Estrella
Chapter 2 problem
Awesome game and all but. Chapter 2 stage 9 is impossible (for me) to beat, I'm strong my power is over 1,500. C2S9 is like the end of the game. Plz make the stage easier and I will rate 5 ?

Andrew McCarroll
Still some bugs
The game still has bugs.. Like you cant swith between toons when leveling them up with coins, but it's still new... Im having "tonnes of fun" lol... standard of coarse not metric...

BattleTimeOS
Feel like a true general of a real army. Join the battle, capture enemies’
Foggybus

BattleTime
OVER 100 FAST BREATHTAKING BATTLES ARE WAITING FOR YOU!!!Take a role of
Foggybus

Titans
The kingdom of Maharal has plunged into an infinite darkness. A deadly enemy has
Uken Games
You may like