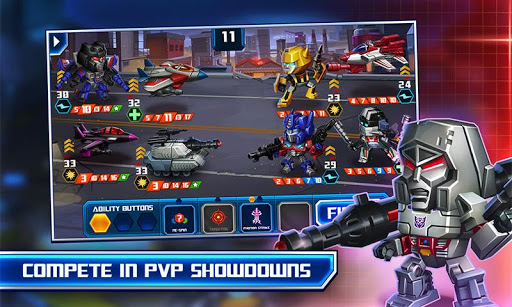 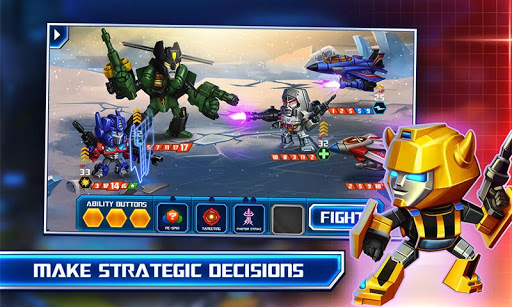 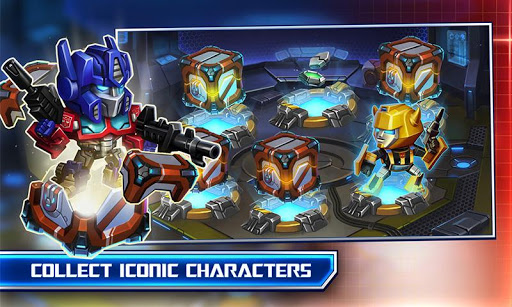 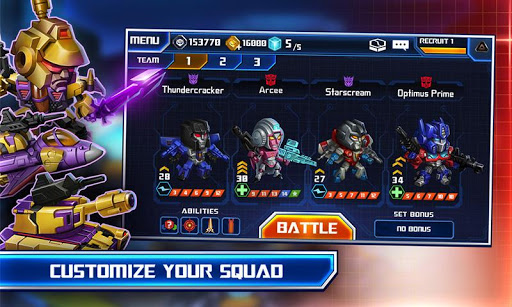 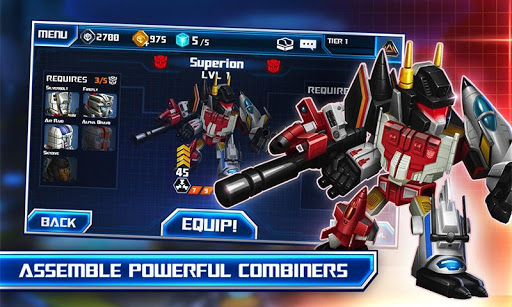 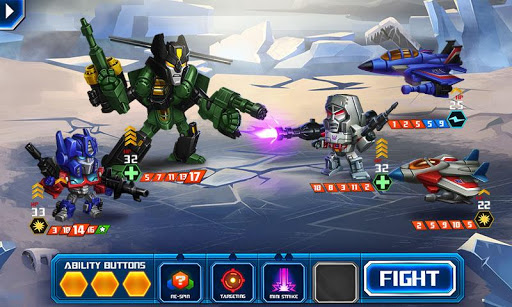 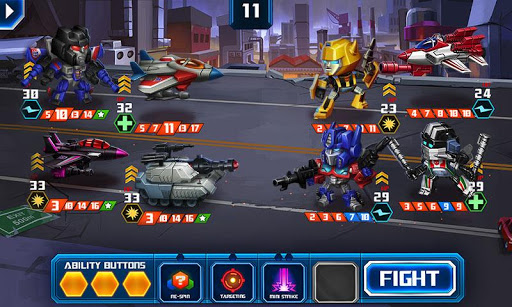 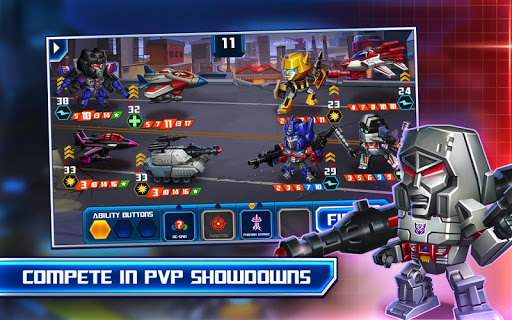 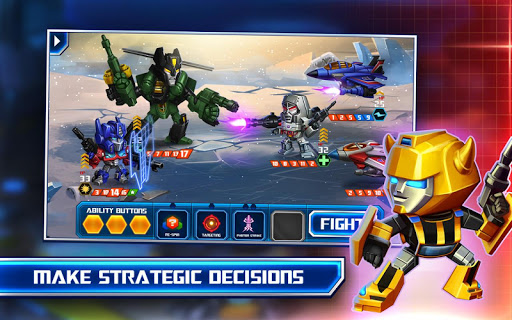 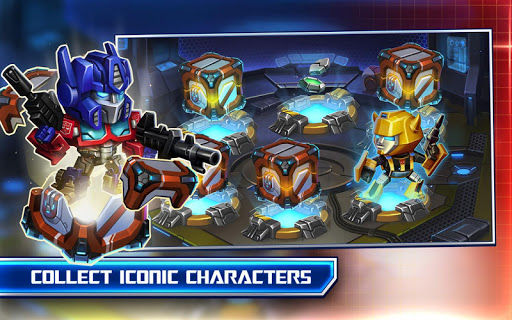 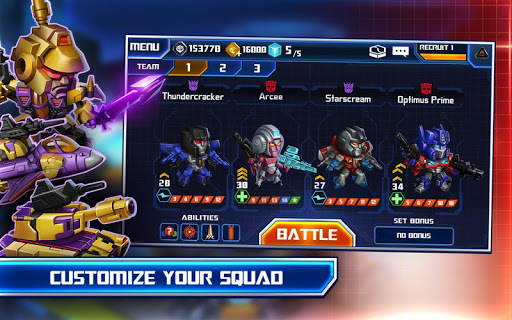 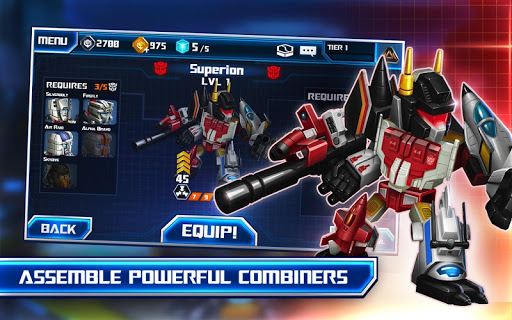 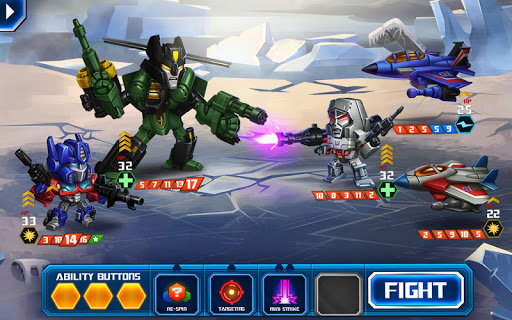 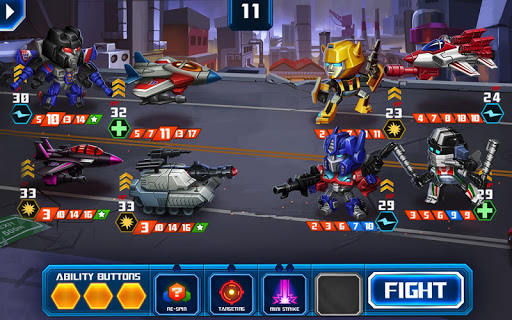 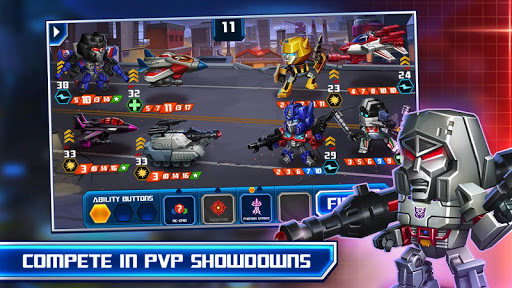 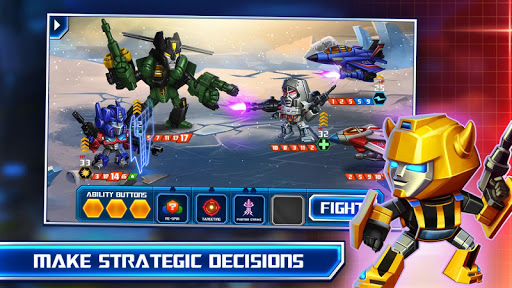 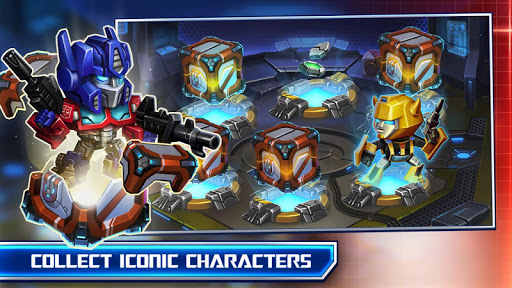 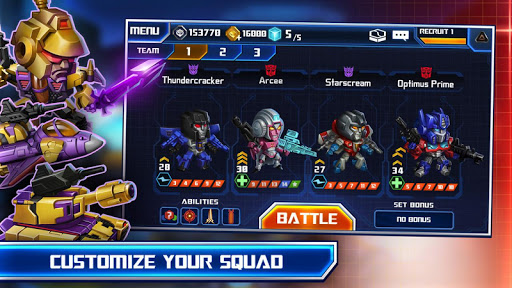 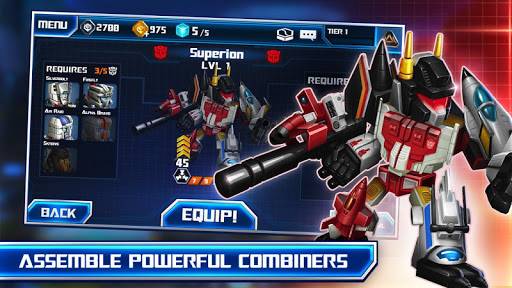 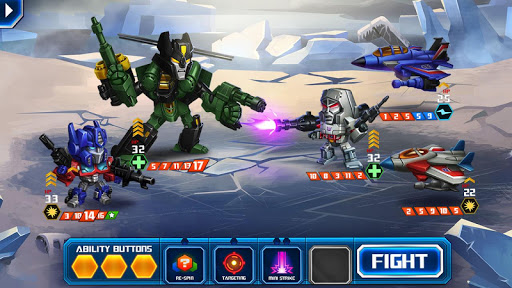 Players can assemble teams of TRANSFORMERS characters including AUTOBOTS and DECEPTICONS side-by-side in strategic combat experiences with other fans from around the globe.

Battle scenarios are intensified as players can link TRANSFORMERS characters together to create powerful Combiners that can change the tide of war by dealing critical damage and leveling the battlefield.

The TRANSFORMERS: Battle Tactics experience includes a compelling single player campaign, live events, and the opportunity to reign supreme at the top of the leaderboards where players can earn rare and powerful rewards.

▪ Compete in live real-time PVP showdowns with players from around the globe while earning rare TRANSFORMERS characters, valuable resources, and prestige at the top of the leaderboards

▪ Calculate strategic decisions by leveraging unique TRANSFORMERS character modes to take control of the battlefield in any situation and obliterate the enemy.

▪ Connect with friends to form leagues and seek advantage over the competition. Earn powerful rewards and placement at the top of the leader boards.

TRANSFORMERS: Battle Tactics is completely free to play--no purchases are required. The purchase of in-game items can increase the strength of your character and otherwise accelerate or boost performance. If you wish, you can disable in-app purchases in your device‘s settings.

This app supports the ability to record gameplay and share it. This feature requires permission to record audio.

TRANSFORMERS® and all associated characters are trademarks of Hasbro and are used with permission ©2015 Hasbro, Inc.

Transformers: Earth Wars Beta
Earth's fate is in your hands. Whose side are you on? Assemble the
Space Ape

Clash of Clans
Join millions of players worldwide as you build your village, raise a clan, and
Supercell

Plants vs. Zombies FREE
Get ready to soil your plants as a mob of fun-loving zombies is about to invade
ELECTRONIC ARTS

Battle Glory
Experience the heart-pounding, nerve-breaking of the modern combat in the palm
MG Studio LLC

Boom Beach
Welcome to Boom Beach: come with a plan or leave in defeat!Fight the
Supercell

War of Nations: PvP Conflict
Build your military empire and conquer your enemies by becoming a war
PopReach Incorporated