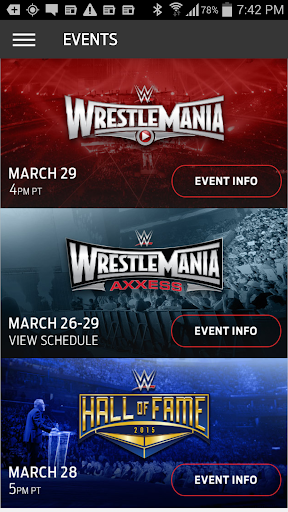 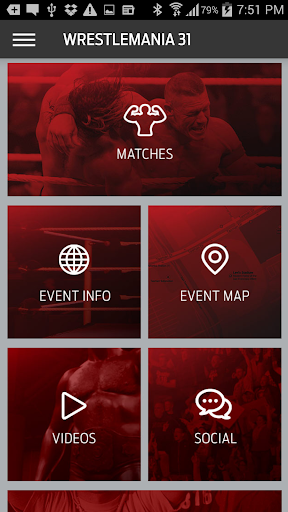 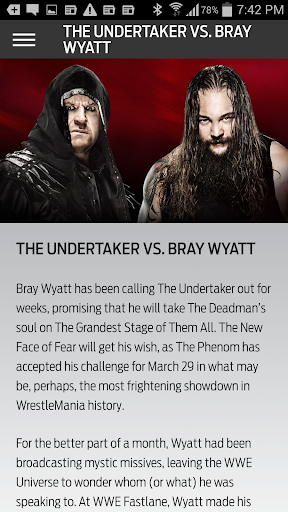 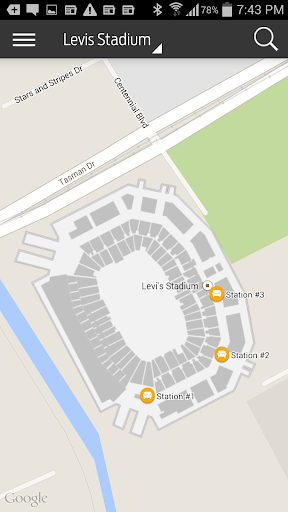 WWE WrestleMania is the official mobile app for those attending WrestleMania 31, WrestleMania Axxess and the 2015 WWE Hall of Fame in San Jose and Santa Clara, CA from March 26 to March 29, 2015.

The WWE WrestleMania App is your ultimate guide to every event you’re headed to during WrestleMania Week in the Bay Area. You’ll be the first to get updates on event details — such as Superstar Signings — directly to your mobile device. You can tap into interactive venue maps with a navigation feature that’ll calculate the fastest route to the week’s hottest attractions. You’ll also access event schedules, WrestleMania Superstore hours, important stadium information, NXT match lineups at Axxess and much more. Plus, watch the latest video highlights from WrestleMania and the esteemed 2015 Hall of Fame Inductees.

For optimal performance, this app uses Location Services and Bluetooth. These features run in the background and can decrease battery life — a small price to pay for such convenience!
Read More

WWE
Take WWE with you wherever you go with the official WWE App. In addition
WWE, Inc.

WWE
Take WWE with you wherever you go – any time, day or night – with the
WWE, Inc.

WWE Network
With WWE Network you get instant and unlimited access to:
WWE, Inc.

WWE
Take WWE with you wherever you go – any time, day or night – with the
WWE, Inc.
We Are Social

Netflix
Looking for the most talked about TV shows and movies from the around the world?
Netflix, Inc.